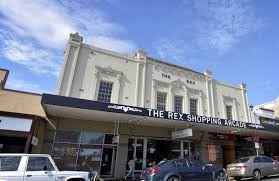 MEMBERS from the Rethink the Rex community group will launch Hepburn Matters, a newly incorporated association designed to advocate for community assets, when they offer a free performance of theatre production A Prudent Man at the Daylesford Town Hall on Wednesday, June 22 from 6pm.

MEMBERS from the Rethink the Rex community group will launch Hepburn Matters, a newly incorporated association designed to advocate for community assets, when they offer a free performance of theatre production A Prudent Man at the Daylesford Town Hall on Wednesday, June 22 from 6pm.
A Prudent Man is a one-man tour de force drawing inspiration from historical and contemporary figures to explore how leaders use power. Dubbed political satire at its sharpest, it won the coveted Audience Choice Award from over 400 productions at the 2016 Melbourne Fringe Festival and has since been performed over 100 times across Australia and New Zealand.
The work will be performed by Hepburn Springs resident Lyall Brooks, an award-winning actor and director.
Hepburn Matters president Jules McDonald said that with a decision on the future of The Rex building in Daylesford imminent, the organisation was thrilled to offer a high-quality event the group hopes will highlight the potential a space like the Rex could offer the community.
“From a cinema and performing arts space to a hub for local artisans and food producers, we have so much creative talent on our doorstep, but no central place to nurture and support them,” she said.
Ms McDonald said the newly-formed group was not advocating for one solution above any other. Instead, the group has identified four essential elements it believes the community cannot afford to lose, whatever happens to the iconic 95-year-old building.
“The return of our cinema, provision of public toilets, community space for locals and maintaining heritage protections are absolutely vital to the future redesign or sale of The Rex,” Ms McDonald said.
“Whatever the outcome, we’re asking council to explore alternative options in close consultation with the community, so that we can work together to deliver the kind of long-term, intergenerational benefits that will ensure we continue thriving as a local community into the future.”
Running at 50 minutes and recommended for audiences 16+, the performance of A Prudent Man will be followed by a brief introduction to Hepburn Matters, including a call to attend the upcoming council meetings on June 28 and July 19, where a decision on the future of The Rex is expected to be made.
Entry is free, with donations welcome. Enquiries to Jules McDonald at julesmcd11@gmail.com or sign up to the newsletter at www.facebook.com/hepburnmatters