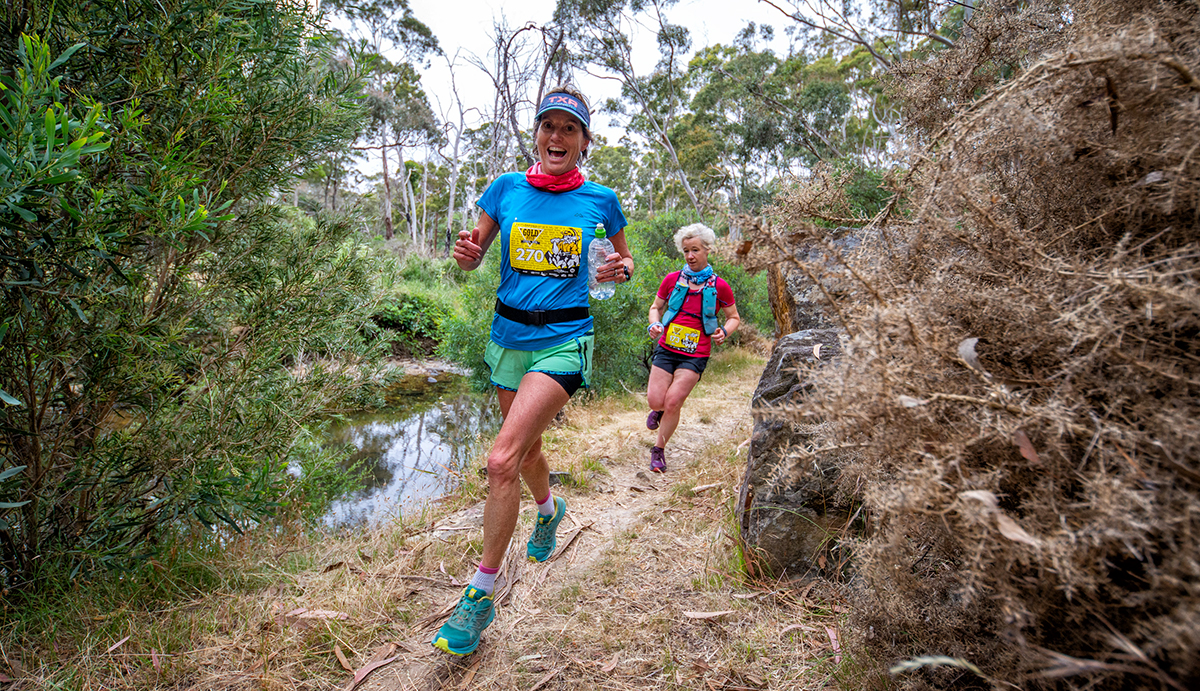 April 3rd, 2022RUNNERS RETURN TO STRIKE IT RICH ON THE GOLDFIELDS

Participants in the Goldrush Trail Runs won’t be scouting for nuggets of rare metal, rather they’ll be seeking a trail runner’s equivalent:  rich seams of single track to run along.  Participants will take on 24km and 13km courses starting in the northern town of Hepburn (24km) and from Lake Daylesford (13km), before running all the way south through the Hepburn Regional Park to long-time event host, Sailors Falls Estate Winery.

There is also a 6km distance to entice more runners to explore a short highlight section of the Goldfields Track, on which all courses are set.

It will be the fifth running of the Goldrush Trail Run, which organiser Tour de Trails, is hoping can regain its popularity as runners return to the trails post-COVID.

“In past years we have welcomed up to 700 runners,” says organiser, Chris Ord. “COVID has dented things somewhat – we had to cancel an event in 202 due to the pandemic – but we are hoping local and regional runners will be excited to get back into their backyard trails which are some of the best in Victoria.”

“Also, the finishline is at Sailors Falls Estate Winery – who doesn’t want to finish a run amongst the vines of a winery!” says Chris.

Race Director, Chris Ord, said the idea of GoldRush was to introduce people to the Goldfields Track and encourage more use, but also to encourage non-trail runners – road runners, triathletes and even non-runners – to the joys of trail running.

“The great thing about the section of the Goldfields Track that we run on, apart from being stunning, is that it is very accessible, offering the inherent benefits that towns like Daylesford and Hepburn feature – like great accommodation and of course good coffee, which is very important to trail runner. Yet it also remains a good, wild, and often technical running experience, which is what we as trail runners look for.”

“Yet for those new to trail running, it is still, a very runnable trail, with a pretty mild ascent profile relative to many other trail events, so a good introduction to trail running.”

The Goldrush Trail Runs is supported by The Running Company Ballarat and Sailors Falls Estate Winery.