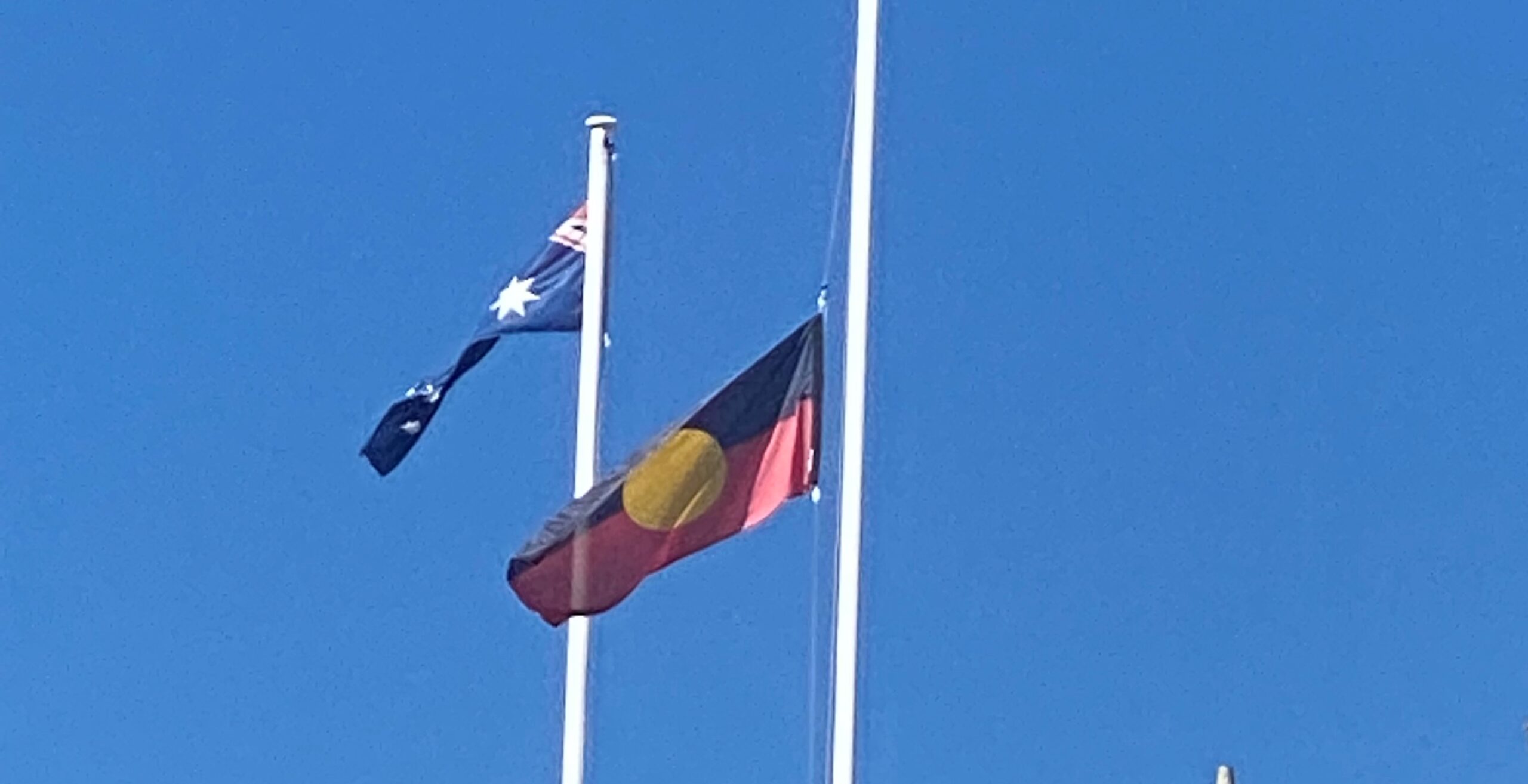 The people had a banner saying terra nullius.

Terra nullius is a Latin term meaning “land belonging to no one”. British colonisation and subsequent Australian land laws were established on the claim that Australia was terra nullius, justifying acquisition by British occupation without treaty or payment.

The Aboriginal flag was flown at half mast.

Moves to cancel or change Australia Day have been building momentum over recent years with street marches in most capital cities today.