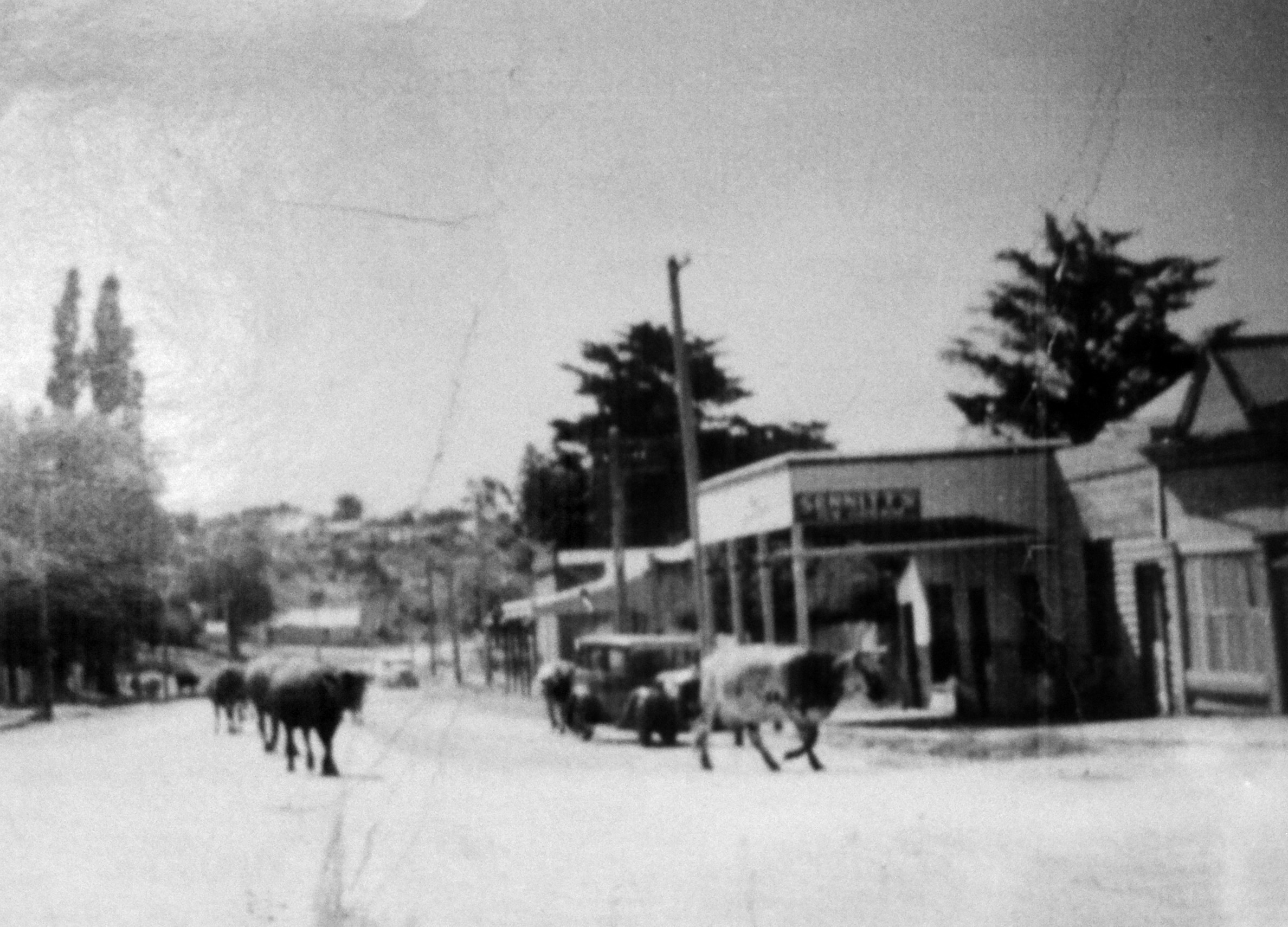 THE site of the old Port Phillip Mine in Clunes is nothing but an intriguing pile of dirt and gorse these days. But while every scrap of plant and infrastructure has been long obliterated, the remains still dominate the heart of the town.

The leaseholders of the site were the Port Phillip and Colonial Gold Mining Company established in 1851. Towards the end of 1856, its representatives visited Clunes to inspect the quartz outcropping in Creswick Creek. They liked what they saw and formed the Clunes Mining Company under their management that became the first and largest company to exploit the local reefs. Eventually the Port Phillip Company took over work at the site and remained in operation until 1894. They produced over 500,000 ounces of gold in that time.

But this is not a tale about gold hard won but the activities of one man whose reticent shadow still hovers over Clunes in the form of numerous beloved public buildings. His name was Rivett Henry Bland. Little is known about him today. He left no children and there is little historical material out there that speaks in his voice. No relation to the more well-known New South Wales convict and politician William Bland, Rivett Bland was born in February 1811 in Nottinghamshire, England and first arrived in the colony of Western Australia in 1829. He was allocated 8000 acres along the Swan River, the sale of which secured his fortunes.

To this end he involved himself with “establishing and supporting a number of institutions in Clunes including the local Mechanics Institute in 1864 which over time evolved into the Clunes Free Library where Bland was president from 1874 until his death”.
But the free library was not the only initiative he supported as a now prominent businessman, mining director and philanthropist as Clunes Museum director James Curzon Siggers explains.

“It seems strange they didn’t set up a School of Mines until 1890 when mining was on its knees, but one of its founding patrons was Rivett Bland. It closed down barely two years later but continued to be used as a meeting place for groups such as the Australian Natives Association (a mutual society founded in Melbourne, 1871) and The County Women’s Association. The hall next to Creswick Creek also served as a mattress factory and an infant welfare centre before being restored in 2011. Today it is generally known as the Anglers Hall. Bland also donated, on behalf of the Port Phillip Mine, eight acres (three hectares) of the company’s pre-emptive right to establish the North Clunes State School (now Clunes Primary) on Canterbury Street in 1875. He also established the St Paul’s Anglican Church on Templeton Street, laying the foundation stone there in 1871.”
As with many of the public figures involved in the region’s mining operations, he was also a lightning rod for the grievances of the miners that worked for them. In the 1870s he was, along with Peter Lalor of Eureka Stockade fame, one of the directors of the Lothair Mine when its workers initiated strike action over pay and hours. In that role Bland was privy to the decision to employ Chinese miners as strikebreakers, leading to the Clunes Riot on December 9, 1873.

Rivett Bland died in Clunes on Sunday February 18, 1894 at 83 years of age and was buried alongside his last wife Martha in Melbourne General Cemetery. John Woodland writes: “The town hall flag flew at half mast and most shops remained closed the following day as a sign of respect for one of Clunes’ best known and most respected citizens.”

*Thanks to James Curzon Siggers, director of the Clunes Museum for his assistance with this article