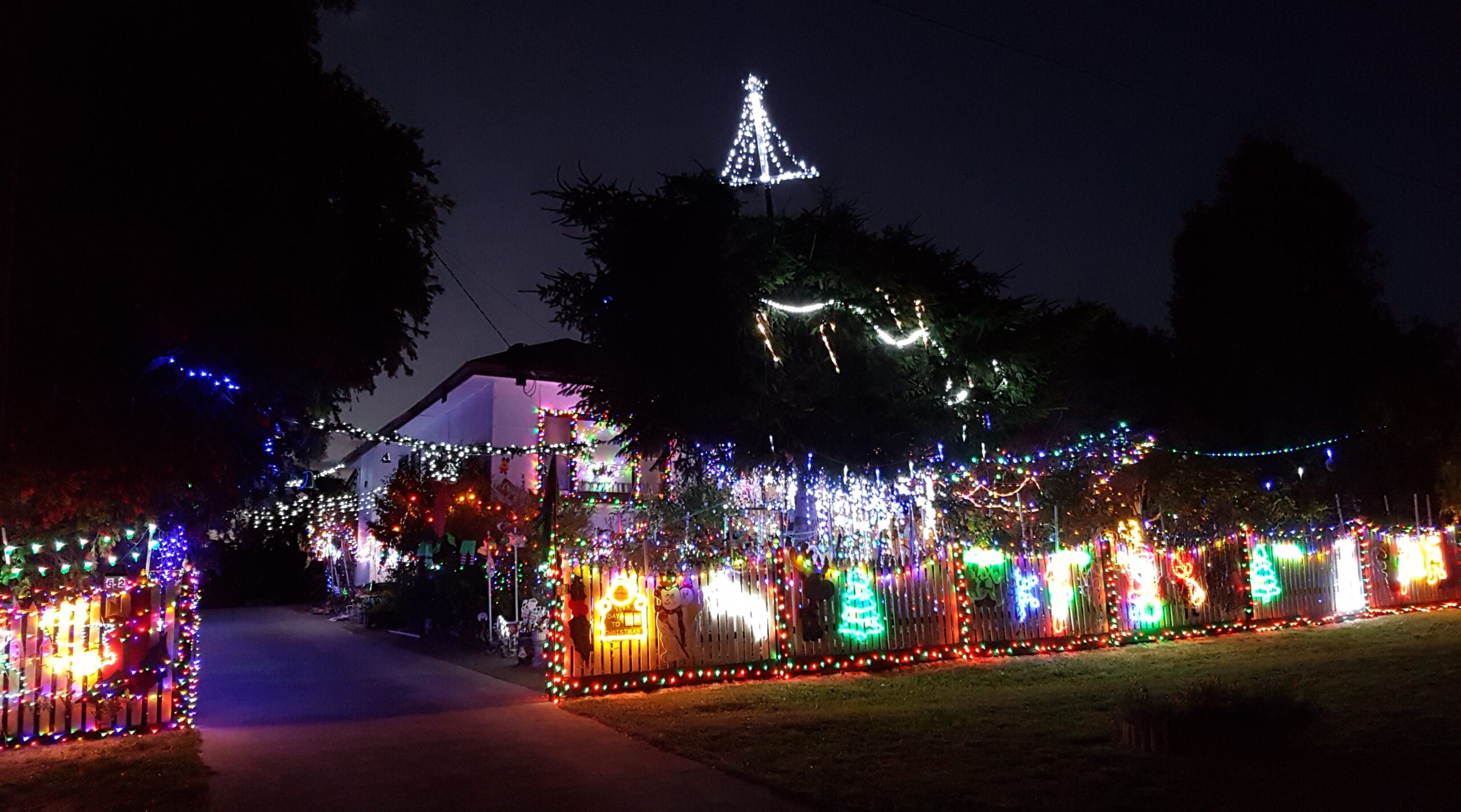 HARRY Scascighinis's lights in West Street have been a Daylesford institution for more than 20 years. He started off small. They all start off small but then the obsession grows.

Not content with the string of globes he had for his kids Harry was inspired to go bigger and “have a go at it”. He feels that traditions are dying out so he’s doing his bit to keep Christmas alive.
Harry now has grandchildren and when asked why he keeps putting the lights up, he says it’s the reaction from the kids that come to see them. Kids and adults alike, look awestruck, smile, laugh and giggle.
Harry is also Santa. He puts on his Santa suit with his well-worn CFA fire boots to greet the community as they come to experience a special slice of Christmas.

Every other year he’s handed out lollies and had a chat. Everybody ends up happy as they head to their beds. Christmas lights, a sighting of Santa plus lollies (not this COVID-19 year). What isn’t there to be happy about, in that moment?
The fact that Harry is asked whether he’s putting his lights up again, as soon as he brings them down, may or may not contribute to his keeping of the tradition. You see, Harry doesn’t like to disappoint. He is community-minded and has community spirit, evidenced by his tireless CFA turnouts. Firefighting turnouts that he’s been doing for 47 years. The Santa suit gets another showing at the CFA family barbeque, the preschool Santa run and the yearly street parade. When you’re onto a good thing, don’t let him go.
Harry is part of the community and the community thanks Harry. Thanks for adding some Christmas cheer Harry and for having contributed for so long. Merry Christmas to all.