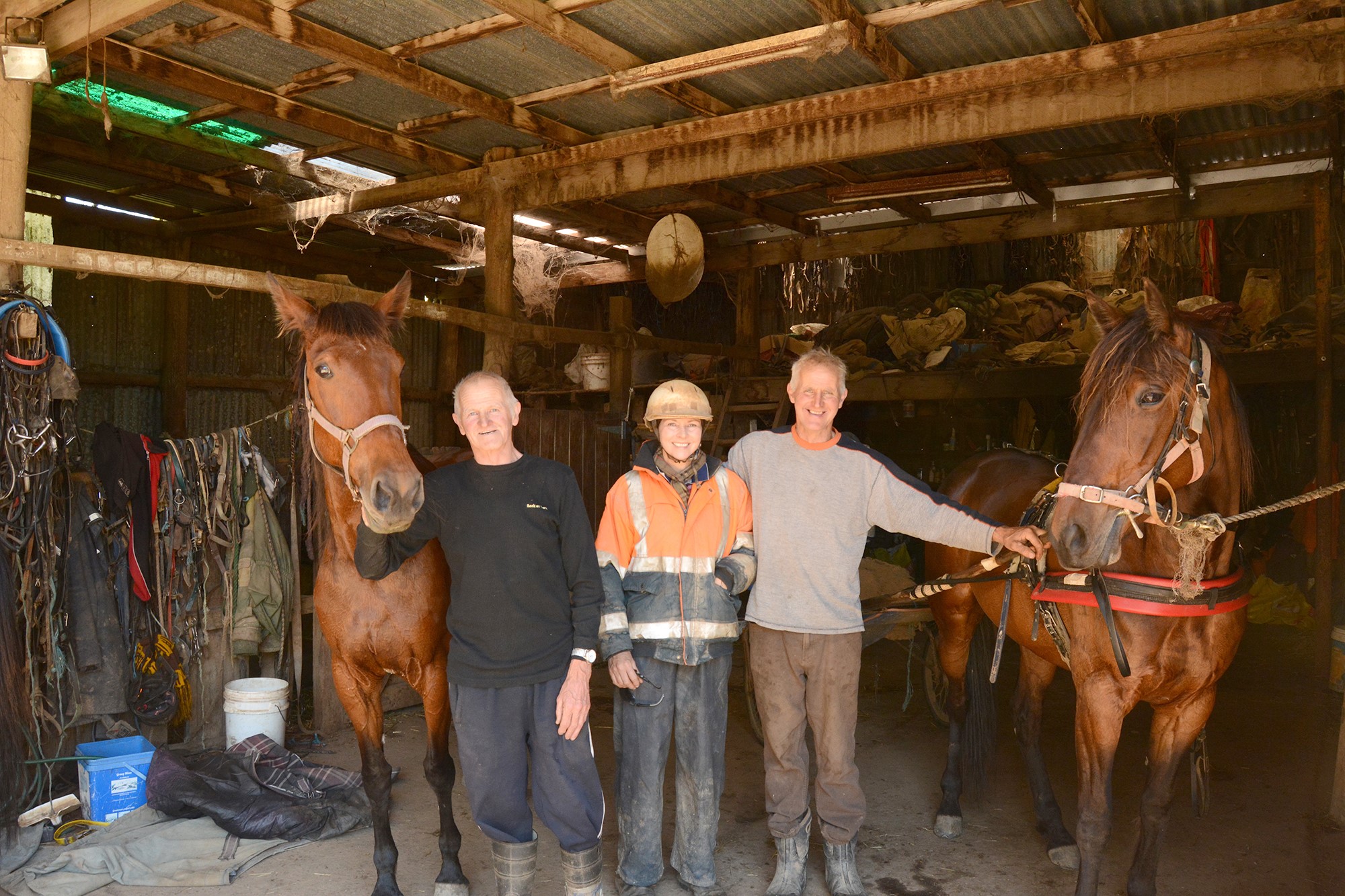 November 16th, 2020Horsin’ around in the family

THE Conroy family are well known in the harness racing industry and have run trotting training stables in Daylesford since Bob and Pat Conroy bought a five-hectare bush block south of the town in the 1950s. Up to the time he passed in 2017, Bob was a familiar sight in Hepburn Regional Park where he would often venture to exercise his horses.

Today Pat continues to live in the same house and their children Anne-Maree, Peter and Glenn have taken over the running of Conroy training stables to continue the equine tradition.
“When Dad died we decided to keep going like how Dad had set up,” says Anne-Maree. “The training stables are in my name but we all share the work including Mum. I do the workbooks, which decide who is the best fit for each horse and what needs to be done. Glenn does most of the shoeing, Peter does most of the swimming, we all do the fast work and jogging out in the bush, and come race day Glenn and myself compete.”

In a sense Bob Conroy was training his kids as much as the horses while they grew up. When the time came to take over the stables they all knew how to do pretty much everything. They are all capable horse people within an intuitive understanding of what each animal needs to do well.
As well as their personal abilities, the harness racing industry also has a lot of oversight. To operate in it and earn a living you have to have licences for training, driving, and working in the stables and at meetings. Finally, there is a matter of reputation which only comes with experience and time.
“We make our living out of training for other people and Dad had a really good reputation in the sport for integrity, which we want to maintain. We have always been known for getting horses going that other people could not and we try to give them the individual care needed to keep them as happy and healthy as we can.”
Currently Anne-Maree has around 15 horses at the stables in varying stages of training. The star of the stable is six-year-old Margaret Ruth that Bob and Pat bred. She was Victorian four-year-old trotting mare of the year in 2018 and won the 2020 Hamilton Trotters Cup with Anne-Maree driving in January. They are hoping with the easing of restrictions the mare will be able to compete again in the big races of the Summer carnival.
It goes without saying that the character of Daylesford has changed immensely since the Conroy training stables were started. Furthermore, the prospect of the surrounding forest turning to national park will impact their training a great deal.
But Anne-Maree, husband and fellow trainer Mick Barby, and her brothers continue to exercise their horses in the bush regardless; just as Bob did. And now there is a new generation of Conroys ready to step in to continue what was started all those years ago.
“Glenn’s daughter Lyndal is interested, she goes to the races and straps for him and may get her trainer’s licence. Our son Lincoln, though he is only 12, also comes to the races when he can and has ideas of maybe being involved in the horses. In fact he is worried that I might get too old by the time he gets to drive. ‘Who’s gunna help me?’ he says.”
Lincoln shouldn’t have any worries about that. Bob was still training and driving right into his 80s. And Anne-Maree, Mick, Glenn and Peter are set to maintain similar lengthy careers in the harness racing industry.
“It’s a lifetime’s occupation,” says Anne-Maree “and we are dedicated to it.”