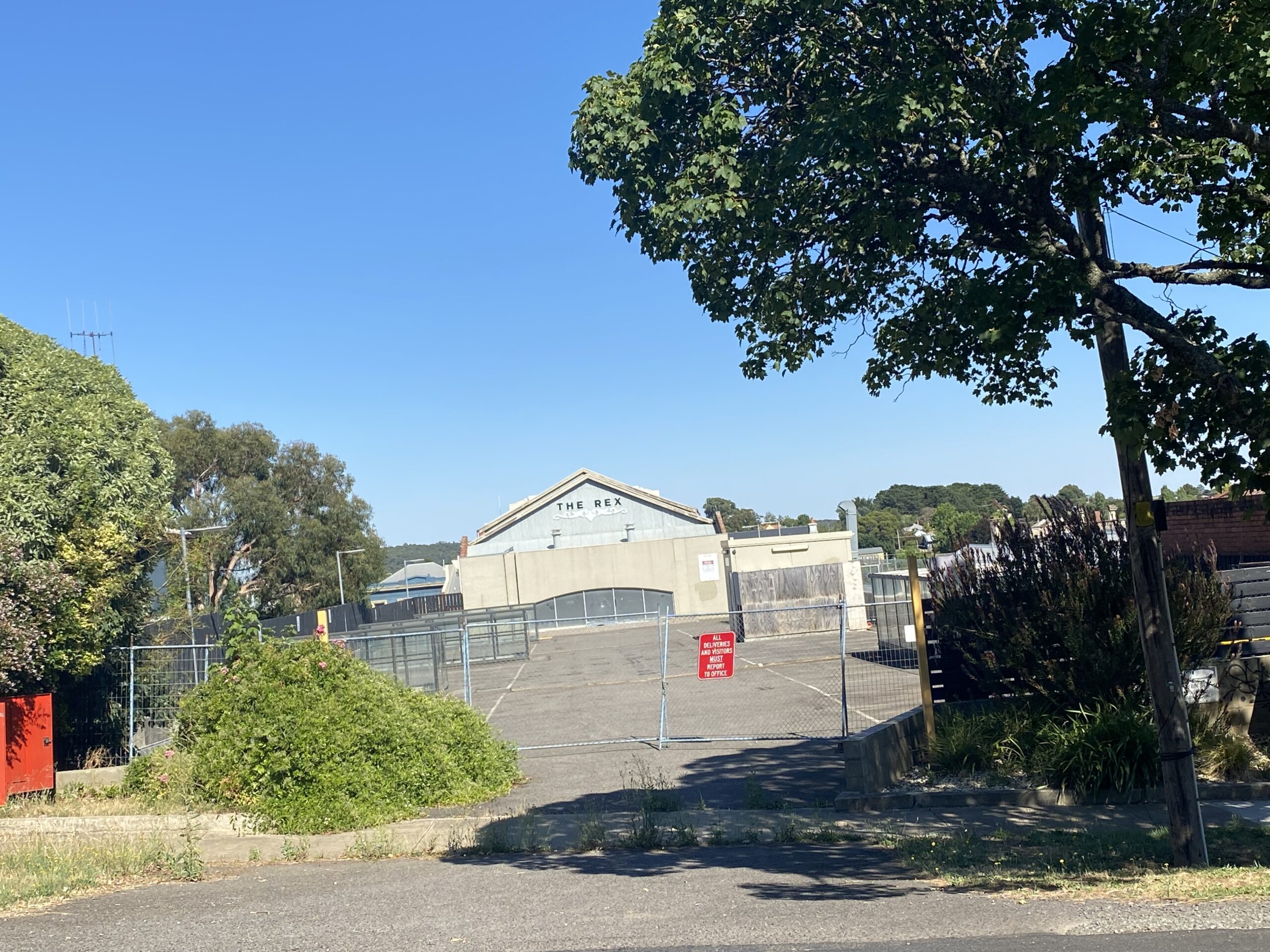 SO, The Rex is for sale to the highest bidder. Not really a big surprise although it did look like a last-minute reprieve might have happened thanks to Councillors Halliday, Bray and Drylie. But it was not to be. No stalling, said the other councillors, it was time to bite the bullet and put up the For Sale sign.

SO, The Rex is for sale to the highest bidder. Not really a big surprise although it did look like a last-minute reprieve might have happened thanks to Councillors Halliday, Bray and Drylie. But it was not to be. No stalling, said the other councillors, it was time to bite the bullet and put up the For Sale sign.
The whole debacle still beggars belief. The building was bought by council in 2016, mostly to provide public toilets, including disabled, in lower Vincent Street.
Yes, it cost $6 million, a fair bit, but was going to be less than $1M to renovate into an area offering a cinema, council offices, community spaces, the afore-mentioned toilets, and even a youth cafe to help with hospitality training.
What a bargain. Under $1M for all that. And so no need for a planning permit. I live in an 1860s school and I reckon just doing that up would be over $1M. But you know, with an eye for a bargain, crash and dent sales, the odd piece off the hard rubbish cleanup, who knows what you can create for a million bucks.
Turns out, not much. At the latest council meeting, where the decision to sell was made, the report said the cost would now be around another $18M on top of the $6M purchase price and the $3M spent already on renovations, and undoing renovations. So, if we kept going forward the cost would be around $27M all up. That’s a lot of rates. But now we sell.

But who will buy The Rex if it is going to cost $18M to sort it out on top of its sale price? I guess there could be someone altruistic out there, who could buy it and hand it back to the community. Could be a few issues there. But most likely it will be a developer for a bargain basement price along with ill will from the community.
But there are lots of uses for The Rex going forward. A council report said possible uses could include, some dependant on permits, accommodation, a child care centre, a cinema, a place of worship, an adult sex product shop, a leisure and recreation facility or a warehouse. Prohibited uses for the site are animal production, a corrective institution, a major sports and recreation facility or a motor racing track.
So no grand prix happening, no gaol and no reproducing Dolly the Sheep. And maybe a bit central for an adult sex shop. Not being judgy, and each to their own, but it’s hard enough going into the chemist and being asked “how’s the cream working” without walking out of a store in the main street with a blow-up doll.

The cinema sounds good. After all, it’s almost ready to roll, well, maybe needs a few seats etc. And there are plenty of volunteers ready to roll up their sleeves and get involved again. The absolute real shame of the stuff-up of The Rex, along with the loss of potentially a great community space in a beautiful historic building, is the probable demise of the Daylesford Community Theatre. A really successful, well-run organisation that offered great movies at affordable prices and brought the community together. Its loss is a real blow to the region and the effects, and sadness, will be long felt. And it is more the stuff-up that we are all left bewildered by. What went wrong, will we ever find out, and does it really matter whose fault it was? Will that change anything. I am not sure anymore. Just sayin’.
(Oh, stop the press. Dan Murphy’s wants to come and set up in Daylesford. Naturally, lots of people aren’t happy. Loss of amenity, near a kinder, too much traffic, don’t want chain stores. If that’s you, first up, object to the liquor licence. And if that gets through, the council planning permit. Oh, what’s that? The council has already granted a permit with no advertising or community discussion. WTH? What’s next? Maccas? Might be time to get out of Dodge.)