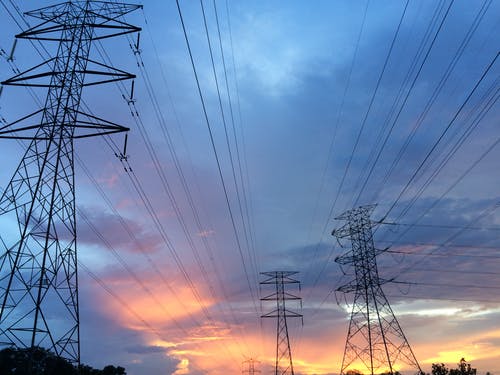 “THE Western Victoria Transmission Network Project (WVTNP) is a critical upgrade of the state’s transmission network which will ensure Victoria’s successful transition from coal generated energy to sustainable, affordable and reliable renewable energy. It will connect large-scale wind and solar in the west into the grid to power more than half a million homes across Victoria.”
Therein begins a glowing description, on the WVTNP website, of the huge high voltage power line development proposal extending 190 kilometres from Bulgana near Stawell to the outskirts of Melbourne.
The project is intended to connect the Western Victoria Renewable Energy Zone with its (predominantly) Melbourne-based consumers. Local opposition to the project has been immense and highly visible especially through areas such as Kingston, Newlyn, Blampied and Dean. The principal issues being the ongoing disruption to farming and the height of the towers (85m).
Their vast size creates some serious visual pollution to what is considered highly valuable, significant and unspoiled country. And this aspect could potentially draw additional state and national attention to what, so far, has been a regional squabble; as Greg May (pictured) from the Kingston and District Power Alliance explains.
“There has been a UNESCO World Heritage bid project under way for several years now to have the historic Central Victorian Goldfields recognised as culturally significant and while it could take many years before getting approval, it is still particularly important.
“The area around Kingston and Smeaton where these lines are proposed are one of the most important parts of the World Heritage bid with more intact mine sites than anywhere else in that whole region.”
The idea of giving World Heritage status to the Goldfields region has been around in its current form since the late 1980s with momentum increasing in the past few years. They represent, according to World Heritage experts, “the most extensive, coherent and best surviving landscape anywhere, that illustrates the global gold rush phenomenon of the second half of the nineteenth century”.
The proposal is still in its draft phase and any heritage listing, if successful, would not be ratified for another five years. However, the bid stands a good chance of being accepted and with it a potentially huge boost to local economies. The bid process is supported by 13 local governments, led by the cities of Ballarat and Bendigo and now has as its patrons former premiers John Brumby and Denis Napthine.
“I left some detailed information on the Goldfield World Heritage Bid website,” says Greg, “expressing my concerns about how the WVTNP development could impact the bid but still haven’t received a reply.”
Meanwhile, the power line development process including consultation, public submissions, environmental studies, not to mention the distractions of federal and state elections, is slow and may push construction several years down the road.
That could see the entire development dovetailing with the progress of the World Heritage bid. The result could see the Victorian Government in a peculiar situation where it has approved the desecration of the same landscape it has been actively seeking to protect through a UNESCO heritage listing.
It is a glaring contradiction that anti-tower activist groups are keen to exploit. World Heritage efforts would result in more eyes on the region and such attention would be a significant incentive to convince the government to place the lines underground. Underground lines, while considerably more expensive, are the preferred option across the region.
“I’m a small-scale organic farmer who has lived in Blampied for all of his 65 years,” says Greg, “and I’m buggered if I want to see these towers built across our countryside.
“We want to get this message out far and wide so the more people that know about it the better. Most people, I think, would be appalled if they thought that this World Heritage bid might be in jeopardy due to power line construction.”
The Local sent emails to the Goldfield World Heritage Bid website contact page but did not receive replies by press time.