Retiring Friends secretary Val Lawrence said the day would include a birthday cake, a barbeque and plenty of native plants. There was also a plan for the Dja Dja Wurrung people to get involved with some planting of Aboriginal vegetables.
Ms Lawrence said the Friends group started in 1999 when a resident was shown some photos of the 64-acre park in its heyday and called for a public meeting to gather up people keen to restore it to its former glory. About 17 people attended, including Ms Lawrence.
“People have come and gone and some of those original people have gone to God. There are four of us at the moment, the main workers, and we spend every Wednesday morning at the park, planting things, burning up rubbish, all the things necessary for maintaining a park.”
The four are Ms Lawrence, president Mena Turville, secretary Thea Laidlaw and treasurer Helen Cossenas – with assistance from their “boyfriends” Ron and Bill, who help out with the heavy lifting including felling dangerous trees.

Hepburn Shire Council also steps in to help out with mowing and any specific projects. The council has also provided funding for next year’s celebration with additional money coming from a commemorative calendar, already sold out.
Ms Lawrence said others to provide advice included landscape architect David Hay who had designed a plan for the long-neglected eastern side, with Dr Kevin Tolhurst later creating a planting plan which was now under construction.
“We have been working on that area for the past two years and it was absolutely covered in weeds and blackberries, all sorts of rubbish. We have done a part of that now. Former parks manager Andrew O’Connell is also someone we look to for advice. He is very experienced.”
The Park Lake Reserve includes the home of the Mount Prospect Tennis Club and has long been the site of Creswick gatherings from back in the war years to returned servicemen’s reunions and Australia Day breakfasts.
“Over the years it was the place to be seen, a beautiful park mostly full of European trees and with the most beautiful fernery. Our goal is to restore it to its past glory.”
The Friends are always keen for new members. Contact president Mena Turville at menaturville90@gmail.com 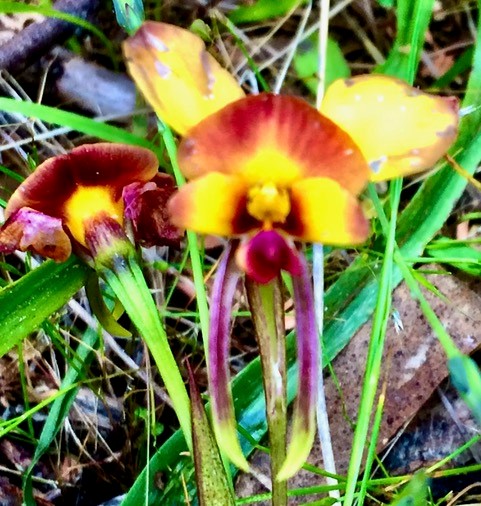 Orchids - always precious - occasionally precocious Once considered an expensive and highy technical hobby, the pleasures of growing beautiful orchids are now open to us all.