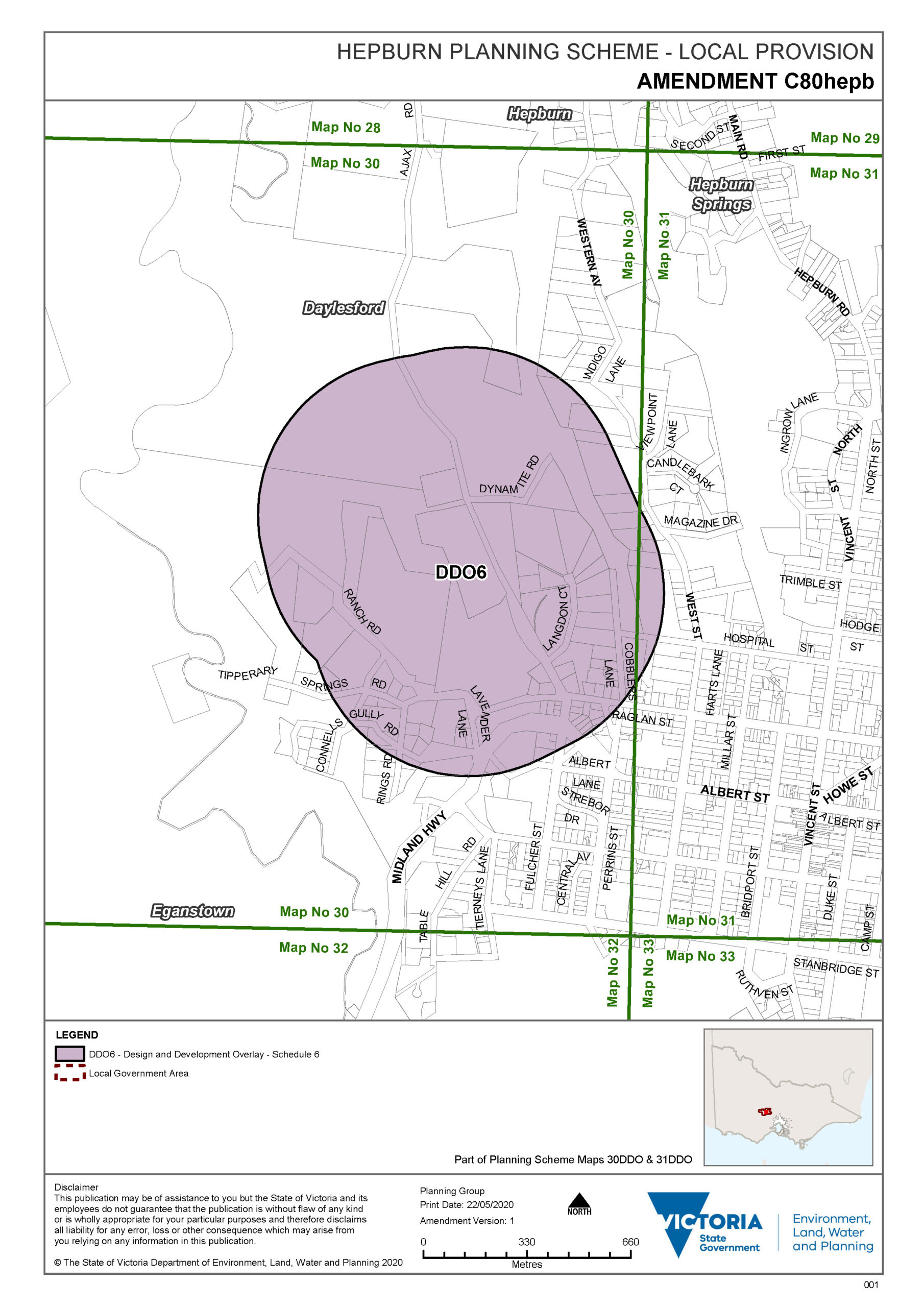 FEAR of being sued is a central reason behind the Hepburn Shire Council introducing a 500-metre zone around its old tip in Ajax Road.

This explanation by Mayor Cr Licia Kokocinski follows an outcry by residents over proposed tough new laws which they say already caused the sale of a block of land to fail almost at the last minute.
“People have been wanting a buffer zone for years,” Cr Kokocinski told The Local. “Now they have got one.”
She said risks from an old waste site at the officially titled Material Recovery Facility area include fire from methane gas or harm to people’s health from polluted water.
“The council would be sued to the eyeballs if this happened,” she said. “We are acutely conscious of that.”
A great irony in this ruckus is that it was a residents’ group in the area, Friends of Ajax Road, which drew the council’s attention to the 500-metre buffer, found in the Environment Protection Act guidelines. Now a number of residents want it scrapped and continue to lobby the council before its last meeting this month until a new council is elected.
Waste fires have caused enormous damage in Melbourne, with two underground fires sending out what was said to be a toxic chemical smell as they burnt for at least three months in a Sunshine landfill. The Ajax Road landfill closed 16 years ago.
Helen Tobias, who speaks for the residents, concedes that it is possible that gas may leak but a proper study needed to be done before any drastic steps were taken.
Residential building is banned and a permit will be needed to put up a fence within the Ajax Road zone.
Fences have to be solid and at least 1.5 metres high or half transparent with screen landscaping. Building is banned in the zone, as are balconies and private open spaces facing the facility. Sub-divisions may only be a hectare and fresh access is banned. But with no new residential buildings allowed, probably not something many will do.
A State Government inquiry found that high-risk facilities endanger surrounding areas and had to be separated from existing or future urban areas.
Massive flaws in laws around such facilities were found in a study last year for the Department of Environment, Land, Water and Planning.
Ms Tobias painted a grim picture of the former tip where household refuse was dumped in a big open shed, stinking out the surroundings for two or three days before a semi-trailer took it, sometimes at 3am. Birds dropped refuse into neighbouring properties.
She said the row blew up because the council was not meeting EPA guidelines on risk assessment of its transfer stations.
It also failed to complete comply due diligence in response to the two-year-old Grampians Central West Waste and Resource Recovery Implementation Plan on land use, she said.
The residents also believe the council did not fully assess the effects on them.
“There is no proof of danger,” Ms Tobias said. “What is happening is causing a lot of anxiety.”
Eighty submissions have gone to the council, she said, with more coming from the 100 or so residents in the area.
“There is a compelling argument that if this continues the process could take a year or more to take effect.”
She said the residents want a collaborative process that balances the need to meet ministerial and EPA requirements for transfer stations, against the need to act in the interests of all Victorians, as required by the Planning and Environment Act.
“We want the council to complete the risk assessment work required by the EPA to inform the waste management strategy review, which in turn would then inform appropriate responses…”
These would include a due diligence study according to law and the residents’ perspectives.
Practical solutions could be found and implemented without a drawn-out bureaucratic process.
“We are not trying to be difficult,” Ms Tobias said. “We need to have a great waste management strategy and manage it well.”
She added that a proposal was presented to Crs Redwood and Kokocinski and Bruce Lucas, director Infrastructure and Development Services, and this would be followed by talks with CEO Evan King to try to get his support in taking this recommendation to the council.