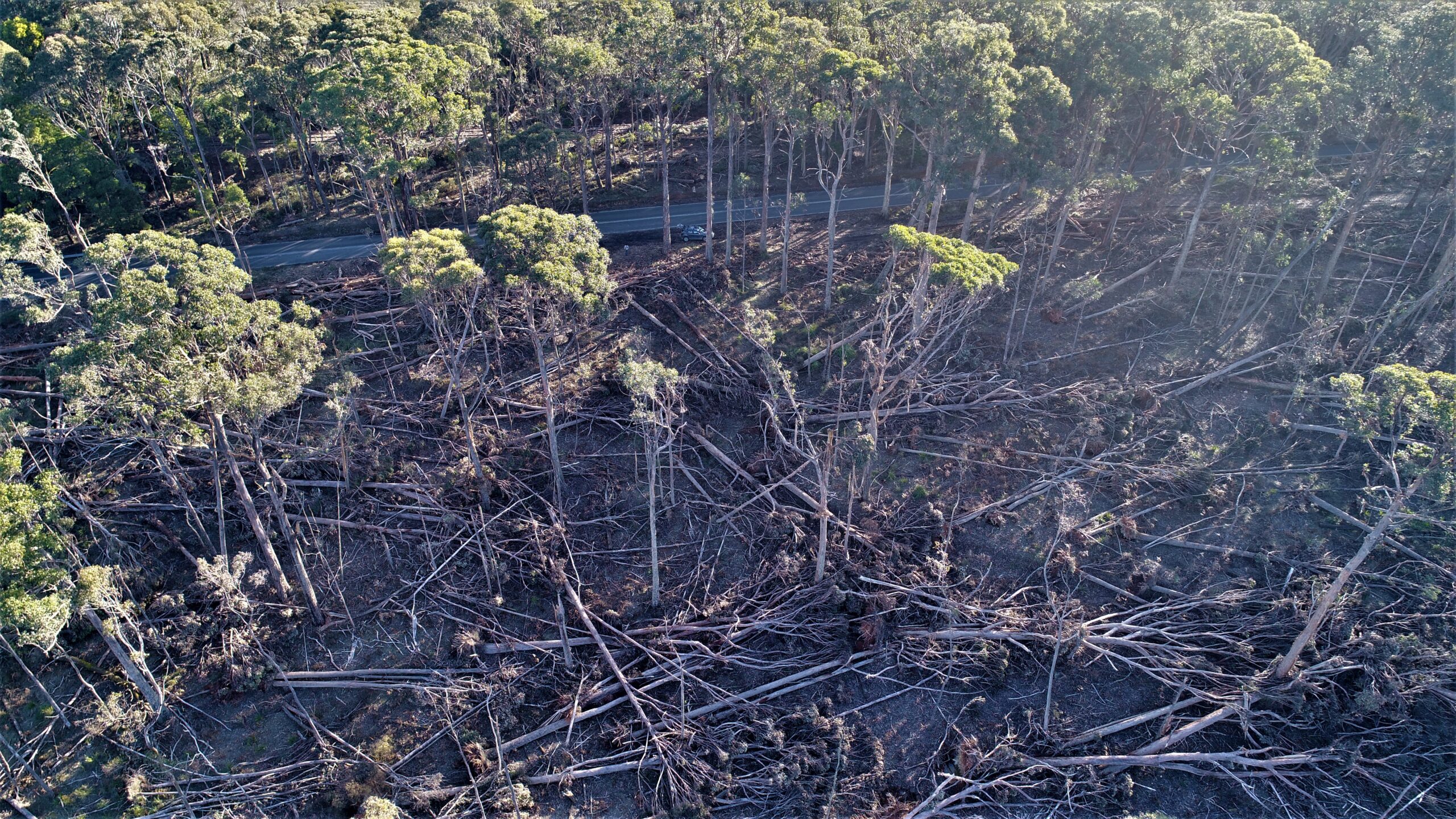 SANDY Scheltema's Stories of the Storm series is supported by Hepburn Shire Council, Trentham & Districts Community Bank and the Trentham Lions Club. The series aims to showcase stories of courage, tenacity, bravery and resilience within the community from people who experienced the terrifying storm of June 10, 2021.

SANDY Scheltema’s Stories of the Storm series is supported by Hepburn Shire Council, Trentham & Districts Community Bank and the Trentham Lions Club. The series aims to showcase stories of courage, tenacity, bravery and resilience within the community from people who experienced the terrifying storm of June 10, 2021.

The third of the series features Paul Ulrik, well known in the community for the plants and delicious berries he sells to restaurants, cafes and at the farmers’ markets. He is also a volunteer at the CFA. Fern Road in Little Hampton where he lives was described as “the epicentre of the localised destruction in the Hepburn Shire”.

“I was listening to the news that night. There was a severe wind warning and around 11pm you could hear the wind and the twigs and leaves hitting the bedroom window. At 12.30am I heard the glasshouse about 30 metres away explode. That glasshouse was 15m by 8m. It was heated and it took me five years to build. That was the reality check that things were really bad.
“At that point I rang my neighbour John, who was still asleep, and his wife conveyed the message that I sounded a little distressed. I came to the conclusion that my days of orchid growing had come to an end.
“I slept fitfully till about 4.30am when I got up and did an inspection. On the north side of the bungalow was a sulphur-crested cockatoo sheltering out of the wind. Even though I was close to him, he didn’t move. I looked at him and said: ‘You’re safe here mate, you’ll be right.’ He looked at me and said: ‘Thank you very much, but I’m not moving.’
“I scurried back inside because it was quite dangerous and tried to go back to sleep. At 6.30am a tree landed on my bedroom window – it shook the whole house after crashing through my blueberry igloo and my berry patch. I thought: ‘Oh well, I didn’t want to pick any berries this year anyway.’
“The trees continued to fall until 1pm, some 50 metres high and up to 1.5 metres in diameter. The vast majority of the 150 trees that came down on the property were eucalyptus obliqua (messmates); the rest were long-leaf peppermints, blackwoods and eucalyptus viminalis (manna gums).

“There’s a mob of gang-gangs here – there’s usually 15, now it’s down to three or four – and they looked genuinely concerned about where all the trees have gone. Only recently they were feeding in the amphitheatre of messmates.
“The overriding emotion looking at this is sadness over the loss of habitat. It’s not the loss of income from my berries and plants (which were my principal source of income), it’s not the destruction of all the hard work I put into building the structures, but the time taken for generations, perhaps, to replace what was destroyed.
“For the past number of years, I’ve had a men’s night amongst the gum trees – about three to eight blokes. We all appreciate the beauty of these wonderful old trees. We often say: ‘If this isn’t heaven, what is?’ And now it’s all gone.
“After the storm my focus was to rescue as many orchids as I could. I had to dismantle the smashed glasshouse but I failed completely because I was beaten by the first frost which killed thousands of my orchids.
“From the first day after the storm it’s been a challenge, to say the least, to prioritise which work has to be done and which can be left. And as time goes on, we’re now almost three months, that situation has become even more difficult because I’m 69 with a heart condition and I’m unable to do as much physically as I want to.
“I’ve got a Trust for Nature covenant on this property, which makes me responsible for the conservation of it for perpetuity. I feel obliged to look after it.”
Paul talked about what could help people deal with emergencies like the storm.
“A community fireguard-type set-up for your neighbours is equally valid for events like this storm. It’s a group that is set up with 10 to 12 close household groups connected by either phone or physical contact to safeguard the wellbeing of those people. Out here you can’t rely on emergency services. That’s why the fireguard is important. The CFA were cutting their way the five kilometres or so from Trentham to our street. It took two weeks to clear the road to Daylesford.
“At 9am on the morning of the storm, while it was still raging, before our driveways were clear, the neighbours over the road were concerned about the welfare of another neighbour who was later found to be trapped in her bedroom and needed to be dragged out a broken window. My neighbour John managed to find his way to my place over 60 trees. He helped me get my generator going and saved my berries.
“Neighbours in this position, of which there are many, cannot rely on emergency services to assist. The whole community lost both landline and mobile coverage. The exchange had battery back-up in place for power outages, but the batteries went flat, and we lost coverage for three days. Clearly this matter needs to be addressed, it was a major problem. When I finally got into the emergency relief centre in Trentham, I was told of all these services to help but the staff couldn’t contact anyone.
“The storm lasted 18 hours of wind blowing from the south. It was not a cyclone, tornado or hurricane, so what was it? I’d like to think this was a one-off, but I think we’ll get more extreme weather events based on the scientific projections.”
When Sandy was photographing Paul, the regional director of Bushfire Recovery Victoria, Paul Rogers, arrived. “I’m here today to coordinate the scope for the residential clean-up program for one of the most heavily impacted sites in the Central Highlands. Fern Road in particular is the epicentre of the localised destruction in the Hepburn Shire. Paul just needs some help. I can help him by coordinating the resources he needs to get him back on his feet. He needed a bit of hope. We can’t do everything; we can’t get them back to how they were before, but we can help support them in their recovery journey.”