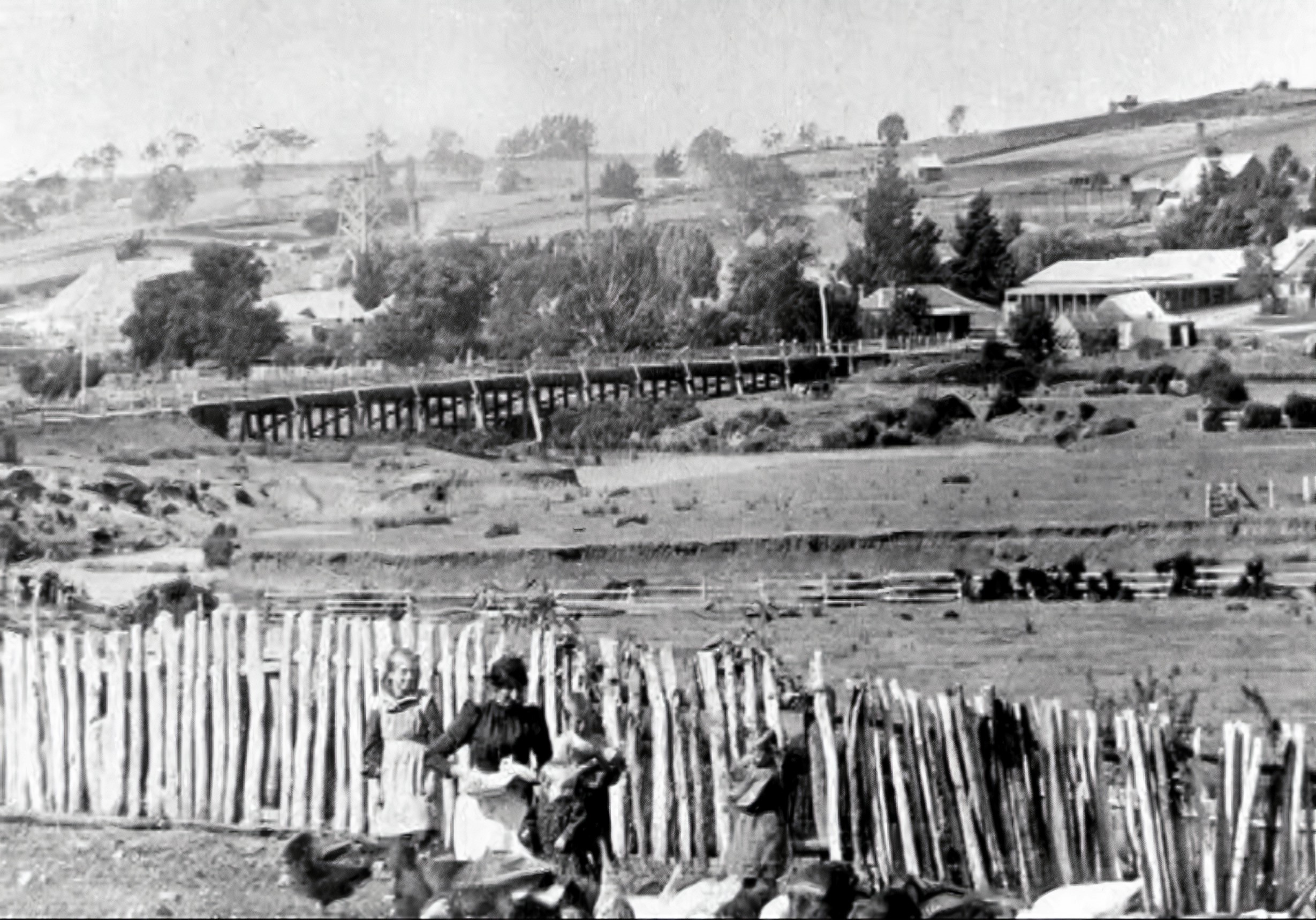 THE hamlet of Lauriston, nestled in the Coliban Valley between Drummond and Kyneton, boasts around 235 residents. It is a figure, give or take a dozen people, that has remained unchanged since World War I.

But in the 60 years beforehand, the town had a lot more residents. Like so many settlements around the region, its population was buoyed by the work available through intensive gold mining and industrial activity. The ruins of which remained until recently, under a carpet of blackberry and gorse; common across much of the disturbed ground of the Victorian Goldfields.

While some mining sites elsewhere are very well known and extensively documented, Lauriston’s diggings do not have a very high profile. Like nearby Drummond and Taradale, Lauriston’s part in the gold rush was quickly forgotten after the machinery was sold and removed, except as stories passed on by the people who remained. That is until Malmsbury Historical Society president Dr Susan Walter volunteered to write up a heritage study of mining remnants north of the village. It took her around 10 months to complete.
“In May 2019, works were undertaken by Malmsbury District Landcare Group to remove the gorse and blackberry on the land adjoining the Coliban River,” says Susan, “and as the research coordinator for the Malmsbury Historical Society, I was asked if I could do a site history report.
“We had been told that there were mining remains in there and the project uncovered various machinery footings, remains of cyanide extraction tanks, bricks, scraps of boilers and various mine shafts.”
Around 1852 the first local alluvial gold discoveries were made at Kangaroo Creek west of Lauriston and soon diggings extended north along the Coliban River towards Malmsbury and Taradale.

The excavations south of Malmsbury were originally known as the Coliban Diggings and eventually a township in the vicinity was surveyed and became known as Lauriston. Over the next four decades there was a significant amount of gold mining and associated activity around the new township with several hundred workers and their families living in the valley.
However, by the 1890s the peak of gold extraction had passed and the only remaining operations of any size were those run by the Russell’s Reef Amalgamated Gold Mining Company and they too were played out by 1912.
By that time the village had shrunk to approximately 215 souls. In contrast, nearby Kyneton, being a major stopover on the road to Bendigo, now had a population of over 3500 and a pressing need for housing stock. Many of them were moved there from Lauriston by bullock dray.
“There are stories that some period houses in Kyneton have great big cavities underneath them,” says Susan. “It was said they would first dig a large hole with an incline and guide the loaded dray down into the pit, deposit the house on the ground and get the empty dray out afterwards. The same method was used in reverse at Lauriston to load them.”
From relocated houses to mullock heaps and bluestone footings, it does not take too much investigation to reveal the array of material, physical and anecdotal, that make up local mining history. In contrast, gold rush sites of a similar size in places such as California have been largely obliterated by development.
It is for this reason that the push continues by shires such as Macedon, Mt Alexander and Hepburn and others to give the Central Victorian Goldfields World Heritage listing status. And the heritage study completed by Susan is one more small but important contribution to a larger story.
“Lauriston and the Russell’s Reef complex is one of many overlooked areas around the area,” says Susan. “It is only one rich little pocket of a greater whole. To truly collate what is there could easily take a decade and up until now no-one has really taken on the challenge. But now that Macedon Ranges, Mt Alexander and Hepburn shires are all part of this push to get world heritage status for the Central Victorian Goldfields, uncovering the history of the emergence of Lauriston can make a small, valuable contribution to those efforts.”

Thanks to Dr Susan Walter and the Malmsbury Historical Society for assistance with this article.