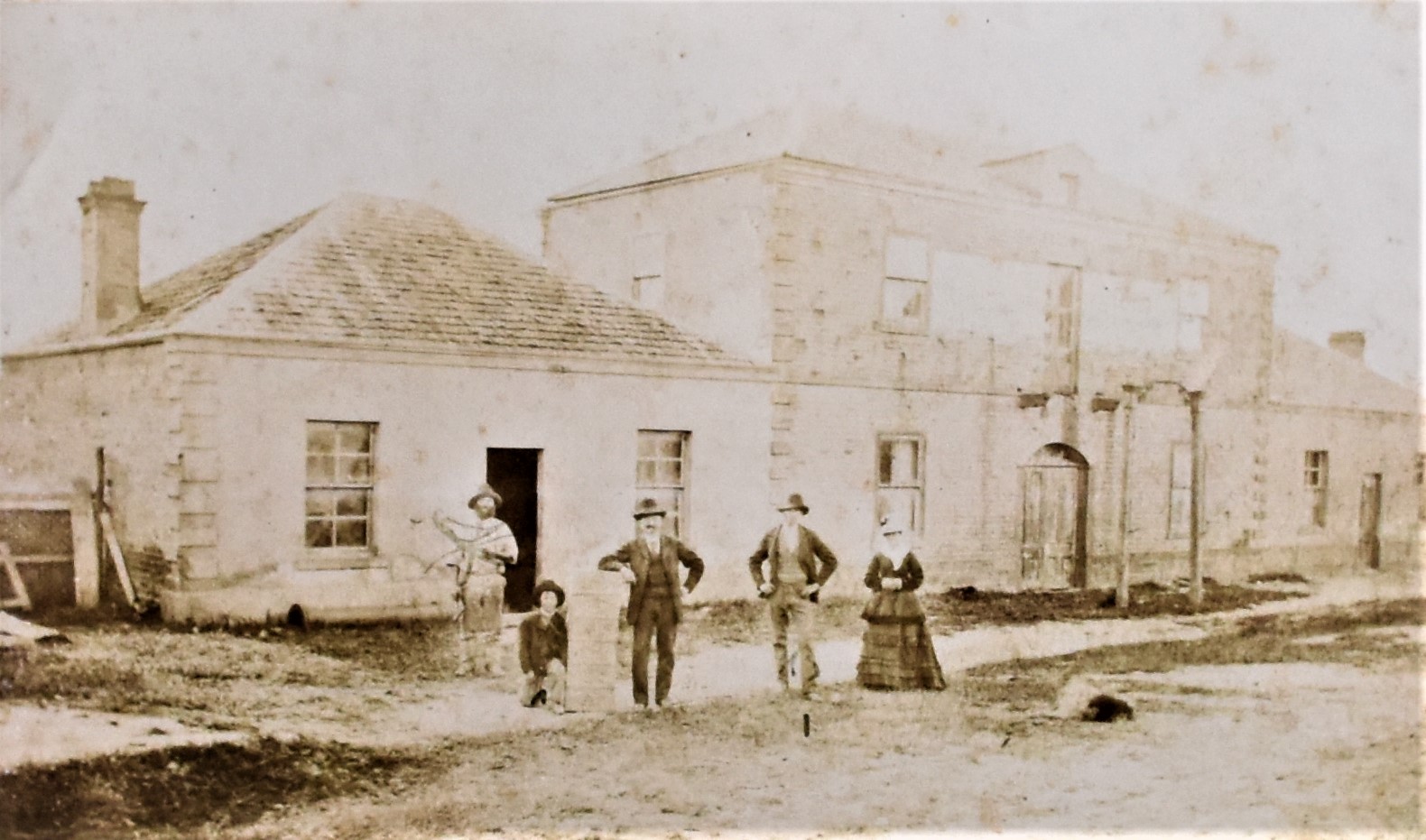 THE year 1859 was amazing. Among inventions patented that year were the paper bag, electric range, lifts and rechargeable batteries. A Tale of Two Cities was published by Charles Dickens, as was Charles Darwin's On the Origin of Species. Big Ben began ticking in London and the French acrobat Blondin crossed Niagara Falls.

THE year 1859 was amazing. Among inventions patented that year were the paper bag, electric range, lifts and rechargeable batteries. A Tale of Two Cities was published by Charles Dickens, as was Charles Darwin’s On the Origin of Species. Big Ben began ticking in London and the French acrobat Blondin crossed Niagara Falls.

As wars raged across Europe, two brothers escaping political persecution found their way to their gold-seeking countrymen in Hepburn Springs, where they built what became the beloved Old Macaroni Factory.
Now, for the first time, the ancient stone and brick building has been sold and is about to be given a new life by Daylesford couple Jennie Wilmoth, right, and Jenni Draper, left, with pooch Dash.
History, politics and art blend beautifully in this 13-room building on Main Road, the creation of Giacomo and Pietro Lucini, with inspiring murals by Giacomo. A faded hand-painted sign on the street announces the Hepburn Democratic Club.
The boldest ceiling mural displays the flags of Italy, Switzerland, France and Britain (representing Australia), and six vignettes of home and family life. The brothers were fabric merchants from Intra on Lake Maggiore in northern Italy, so the lake shines in one mural. Others feature flowers.
A powerful political statement is made by a handcuffed female figure chained to a cell wall in a room with walls covered with stylised frescoes of chains derived from Verdi’s Il Trovatore. The opera is written from Verdi’s heart because like the brothers, he supported the unification of Italy.
Stones from the nearby creek bed are in the walls, some half a metre thick and fixed with a sand-style mortar. On the plaster a hand-written note bears an order by Heritage Victoria: “Leave”.
Out the back is a bocce court, a 162-year-old apple tree, the remnants of vines brought from Italy, and humble corrugated iron dunnies.
The building has had many incarnations. At first, Pietro set up a bakery, over the road, to feed the goldminers, then made macaroni, salami and sausages. Macaroni was a catch-all word for pasta and such was the standard of the brothers’ product that it won a prize at the 1880 Melbourne Exhibition.
They also “grubstaked” – they issued miners new to the area with provisions and implements to start mining. In return Pietro received one stake in their mine. The first investment resulted in a very profitable gain but a list of unpaid monies showed it was not a very profitable investment. Pietro’s own mines had a good return for a couple of years.
The brothers even opened a licensed hotel, the Roma, while the pasta making went on until the 1930s when the building became holiday apartments.
Eventually it passed to Giacomo’s great-granddaughter, Maria Viola, who now lives next door. She inherited a derelict building, with rats, possums, rotting floors, collapsed ceilings, rising damp, blackberry plague and squatting tenants in 1990.
Maria was a widow with six children. She says that after becoming caretaker, “I became hooked, the passion just somehow snuck in”. On weekends and holidays she and her family would come up from Melbourne to tackle an epic restoration.
Fourteen years after taking over, she opened Lucini’s Pasta Restaurant, a step up from when the place was a 1940s caravan park, and later, a “haunted house” (ghost sounds courtesy of brooms banging floorboards from below). After 14 years the restaurant shut in 2017. Now, for the first time, the owners are outside the family.
The new owners did some hard yards in restoration when they converted a former church at Scrub Hill, Dean, into a wedding and hospitality venue. They are working closely with Heritage Victoria.
“It’s a magical place,” says Jen Draper, “…how you wind through the building, feeling its history, into a garden where you begin to believe you’ve found ‘Little Italy’.” Adds Jennie Wilmoth: “Everything will be left as it is, the fabric of the building will be honoured,” expressing delight that the heritage architect involved also worked on the building 30 years ago.
She is almost equally as excited to note that here and there knots in the floorboards stick up to show the wear of hobnail boots and more over time.
With this weight of history and tradition, many people would find tackling such a restoration too daunting. So are the new owners, “the two Jens” as they are known, being courageous? “Are we brave?” answers Jennie Wilmoth. “No, we have great architects and tradies, with whom we’ve worked before. We have a track record with Scrub Hill, and we love the Old Macaroni Factory – we are just so excited!
“As we launch into ‘retirement’ we know this project is well within our scope, and it’s just the sort of legacy we’d be thrilled to leave behind!”